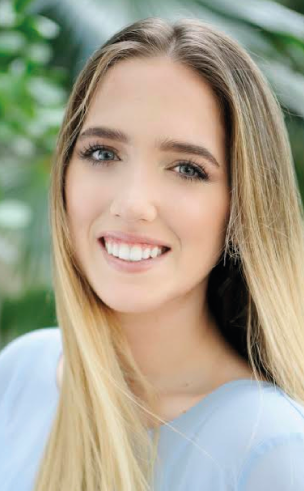 It is a pleasure being your vocal coach, Korin. I am proud of all you have done and all that you continue to do. There is no denying your beautiful and capturing voice, still it is your hard work and drive that makes you a natural star-in-the-making. Your dedication to artistry is admirable and I thank you for bringing your “A-game” to your class each and every week!

Korin Bukowski is a singer/songwriter and actor from Miami, Florida. She developed a deep love and appreciation for music (specifically singing) very early, and began classical training at the age of nine. She has been doing musical theater since the age of eleven, when she also developed her love for acting.
Within the last five years of Korin’s life, she decided to pursue a career in both fields. In September of 2015, Korin made her first debut on Season 9 of NBC’s The Voice and was coached by Gwen Stefani, as well as other artists including Rihanna and Selena Gomez. She finished in the Top 10 Quarterfinals. Since finishing the show, she has been spending time writing, recording, and further mastering her craft. She has also spent the time attending improvisation classes and acting school in pursuit of developing an acting career.